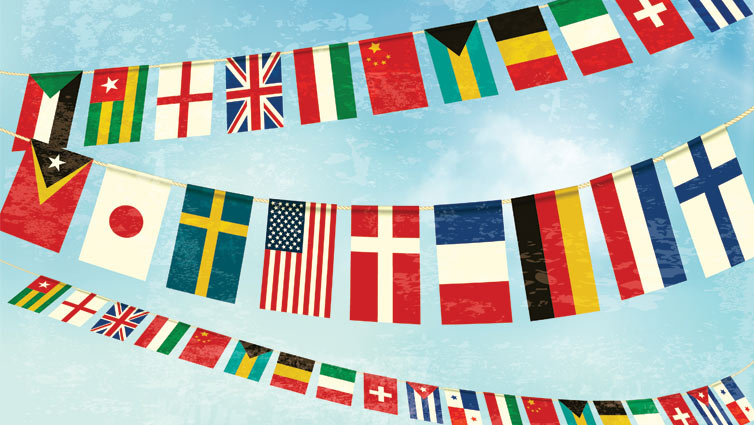 Culture is a complicated thing – it is deep rooted, most of the time unseen and relates back to our histories and beliefs. It is about how we do things, why and the values we share in common with other people. Culture is a powerful thing that influences much more than we often realise.

Design is no different. Culture influences what every culture sees as good design, bad design or just plan boring design.

Think about the simple act of eating dinner….

What someone who sits down to eat in Japan sees, does and feels is very different to what someone in Abu Dhabi would. As a result any design around the themes of dinner would be very different for both cultures. Would you use a knife & fork as imagery to sell dinner wares to a Japanese audience? Or would chopsticks be more relevant?

Culture to a certain extent complicates design. If you want to take a product, service, marketing campaign or even a leaflet to different countries, you have to look out for the local culture and how it will react.

Let’s look at really simple yet stunningly insightful case study of not taking the influence of culture into the process of design.

The South African Chamber of Mines wanted to fix a certain safety issue that was repeatedly happening. The trains used for the mines were having to stop due to stones falling on tracks. A lack of pro-activity by employees meant the trains were being delayed and production was being impacted.

The Chamber decided to design a sign and as most of the staff were illiterate they decided not to use words and only stick to pictures.

Here is one of those signs.

You can see the designer’s logic – go to the stone, put it in the cart and take it away.

What the designer did not account for was that the miners were reading it the other way around! As a result they kept placing stones on the track!

There are lots are areas for consideration within design. Colours is a commonly used example – what is good in one culture, might mean something very different in another.

In terms of global-savvy design, one area that often gets overlooked is imagery, graphics, icons, illustrations and pictures. Differences in symbology, analogies, associations and common practice can lead to design fails. For example, would you use a dog as a symbol or graphic on your marketing collateral in the UAE? No. It is not culturally appropriate as they see dogs in a different light.

Although graphics and imagery do pose certain usability risks in terms of being used globally, they can also offer the exact opposite. As the phrase says, “a picture can speak a thousand words”.